Rozana Jaber: “It is largely a matter of will that determines if success happens.”

Rozana Jaber is only 18-years-old but she already has big plans for her future.

“I carry within me many aspirations,” she says. “I feel that I am able to bring about a change in my society.” 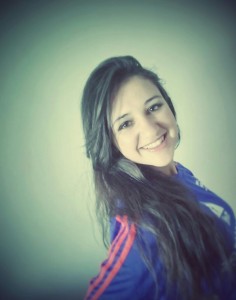 Jaber, of Beit Hanina in Israel, is one of four young women who will start at Florida’s New College this fall, with the help of Daughters for Life Foundation. The scholarship program provides tuition and funding for room and board, as well as a support system, invaluable for young women who have to adjust to a new school and new country simultaneously.

It’s a challenge that Jaber seems to embrace.

“Knowing that there is hardship along the way does not stop me from taking the first steps towards reaching my goals,” she says. “I believe that it is largely a matter of will that determines if success happens.”

Jaber has proven she has that will. She set herself a goal of scoring 1800 on the SATs this year – 300 points higher than average. After investing hours in studying she fell slightly short, scoring 1750. It was frustrating, but Jaber also proved she has the self-confidence to face disappointment and move forward.

“I was content with the fact that my time and brain were invested in my future,” she says. “I believed in myself.”

At New College, Jaber plans to study  international relations and computer science, subjects she hopes will give her the skills and ability to defend the rights of women when she returns home.

She also wants to offer a sense of hope for women who face political and economic instability daily.

“The lives of women in various regions of the Middle East have for the most part been very disheartening,” she says.

Jaber points out social norms and oppressive regimes lead to a lack of education and opportunity for women, who are discouraged from entering some fields that are perceived as strictly for men. But she’s persistent.

“Humans do not reach success without facing criticism and scorn along the way,” she says. “It is just as well that we go after what we want in life and live the life that satisfies us.” 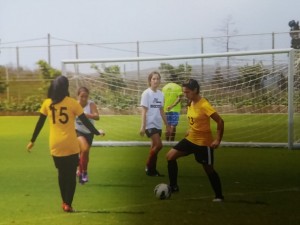 Jaber is a passionate sports girl, she was named “The Most Athletic Girl” at her school for the last five years, she won many medals in football and long distance running “I’ve been playing soccer since I was a child, I love it so much and I try to play with every team I can find in the country. It occurs to me sometimes that this sport was meant for me…a little bit funny, but true.”

Other than playing soccer, Jaber is a voracious reader, “I find an overwhelming happiness entering into new worlds and realms. I would like to say that I love words. I love English. If I can be a writer in this world, I will never miss the chance to be one.”

She also has been awarded oftentimes by “Runners Without Borders” and MUN for her peacemaking initiatives, has been interviewed by Israeli TV three times this year and participated in the Milano Marathon where she spoke to an audience of 500 students about peacemaking and the Middle East in general.

Jaber recognizes she’s been given an incredible opportunity through Daughters for Life to go after the life she wants, and share her success with other women in the Middle East.

“I will work every day to better myself and reach the places I want to be,” she says. “I, with others, will help create a more spirited environment for the women that I believe carry so much potential.”

-Rozana was talking to Andrea Hall