2016 is another step on the road to peace, as 6 young women from Middle Eastern countries (Egypt, Lebanon, Iraq, and Palestine) have joined Daughters for Life Foundation. They all grew up in different environments and follow diverse ambitions, but they do have something in common: they dream big.

Meet them today and get inspired: 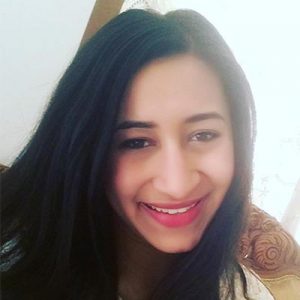 Egypt has never had a woman prime minister, but Merehan Ayman plans to change that. The 17-year-old Egyptian is one of six young women from the Middle East selected to receive a full scholarship from the Toronto-based Daughters for Life Foundation (DFL).

Ayman will begin her studies this fall and hopes to use her studies to make a positive difference in the lives of Middle Eastern women. With a strong interest in women’s political rights, she also aspires to one day lead her home country.

Ayman was chosen, along with her fellow scholarship winners, from a pool of more than 100 talented candidates who had to demonstrate their dedication to improving the lives of girls and women in their communities, as well as academic success, often in the face of adversity.

Two of this year’s scholars plan to pursue medical careers.

Egyptian Marwa Soliman, 19, will attend Manhattanville College in New York, where she’ll study biology and pre-medicine. She wants to bring back the lessons she learns to her home community and give back to girls and young women not afforded the same opportunity.

Alaa Hajjar, 17, of Lebanon, will be attending the same program. She was inspired to become a doctor after her grandmother died from cancer; all Alaa wants is to spare other people going through what she and her family experienced. She is deeply grateful to Daughters for Life foundation for giving her the opportunity to study medicine in a great university and therefore to access her dream job. 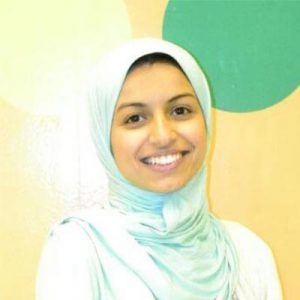 Manhattanville is just one of several schools, which has partnered with DFL to bring in scholars. This year, the organization is proud to announce a new partnership with Rochester University in the United States.

They’re also continuing a partnership with New College of Florida, where Dalia Aita will study. A Palestinian student from the Gaza Strip, she grew up in a refugee camp in Rafah City.

At school, she was a member of the student parliament, and in high school was selected for the Youth Exchange and Study (YES) program, spending 11th grade as an exchange student in Oregon.

Abeer Obaido will also be attending New College. The 21-year-old is originally from Palestine, spending her childhood in a Syrian refugee camp before settling with her family in Jordan.

She has been involved in art and music programs in refugee camps in Jordan and firmly believes in the therapeutic value of art. “I will use the experience and education I’ve obtained to show women that every voice is important and that they can use their own voice to get involved in politics, to be outspoken to others about inequality, and to continue pushing the boundaries that society has set for Middle Eastern women,” said Abeer.

That’s exactly the kind of ambition that inspired the President of Daughters for Life, Dr. Izzeldin Abuelaish, a Palestinian doctor who works as a professor of global health at the University of Toronto. He founded the organization after three of his five daughters were killed when a tank fired at his home during the 2009 Gaza conflict.

Daughters for Life was established in the hope that other bright and talented young women would fulfill the dreams his own daughters were never able to achieve. 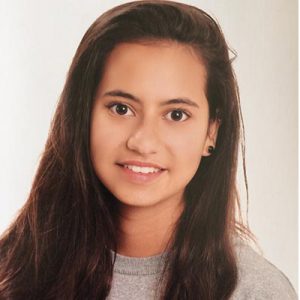 Leen Sabounchi also believes in the power of art, which is why she chose to study graphic and communication design at the University of Leeds.

Sabounchi enjoys learning more when it comes to creative matters and problem-solving through non-traditional ways.

She also enjoys spending her time meeting people from diverse cultures, one of the benefits of the DFL program.

On top of the six new full-time scholarships, DFL offers a variety of awards, fellowships and scholarship programs to young Middle Eastern women, regardless of their ethnicity or religious affiliation.

The organization believes that empowering women, through a quality education, is the key to long-lasting peace in the Middle East and throughout the world.