Dr. Izzeldin Abuelaish, Founder and President of the Daughters for Life foundation is part of a special eight-day mission to the Middle East led by the Governor General of Canada, the Right Honourable David Johnston. The state visit covers Israel, Jordan, and the West Bank. And Dr. Abuelaish is joined by fellow Canadian leaders from education, business, and civil society to promote stronger innovation and education ties with the region.

Dr. Abuelaish’s message of enabling young girls from the Middle East with education finds resonance in the goals of the Governor General’s Middle East mission. Visiting the Za’atari refugee camp in Jordan that houses 80,000 Syrian refugees, the Canadian delegation acknowledged the challenge and urgency of providing primary and secondary school education to thousands of children and youth who have been uprooted from their education. While the Canadian Government is thinking of greater cooperation and investment in this regard, the Daughters for Life foundation has already set in motion its plan to take on board Syrian refugee girls and sponsor them for higher University education. 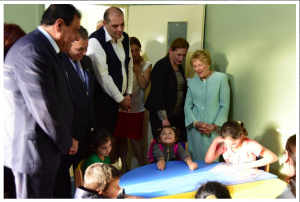 Syria has been torn by civil war since the last five years. A quarter million people have lost their lives in the relentless bloodshed. While a million have had to flee Syria and live as refugees in neighboring countries.

The Daughters for Life Foundation’s resolve is to stand in solidarity with Syrian girls who are striving to rebuild their lives for a better future. The foundation is set to welcome to Canada fifteen Syrian girls living in refugees camps and provide them the opportunity to learn and improve their English. The Daughters for Life Foundation has partnered with the International Language Academy of Canada (ILAC) and Culture Works where the girls will gain English language skills. Following that, Daughters for Life will help the 15 Syrian girls get placed into their chosen fields of education with our partnered Universities and Colleges including Brock University and Brescia University College. 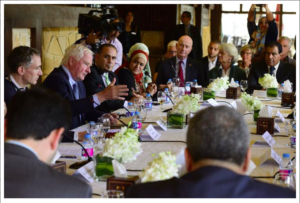 This Middle East mission by the Governor General of Canada comes just five months after Ontario Premier Kathleen Wynne’s visit to the West Bank and Israel in May this year. The Premier had awarded 49 Daughters for Life scholars with post-secondary bursaries to study in the region’s top Universities. Dr. Abuelaish’s tireless efforts to rope in world class educational partners had also borne fruit as new agreements were inked with Canada’s York, McMaster and Brock University during that trip. Dr. Abuelaish is now hoping to further the message of the Daughters for Life Foundation as he travels with the Canadian delegation through Israel, West Bank, and Jordan.

The Governor General’s mission is, in fact, brimming with optimism about building on such gains of the past. Accompanying Conservative MP David Sweet was quoted as saying, “McMaster is one of the best research universities in the world. So anyway that we can develop some collaboration in that regard locally would be very beneficial.” 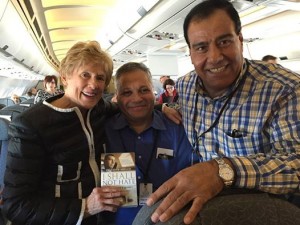