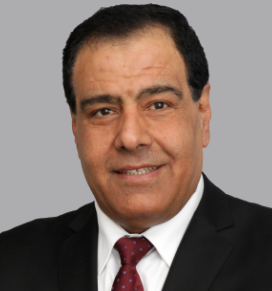 Dr. Izzeldin Abuelaish is the Founder and President of The Daughters for Life Foundation. A Palestinian physician, he is now one of the most prominent international speakers on peace and development and has been called the “Martin Luther King of the Middle East.” In two separate addresses to the nation, President Barak Obama has held up his work as an example of the promise of reconciliation in the Middle East.
Dr. Abuelaish’s internationally acclaimed book, I Shall Not Hate: A Gaza Doctor’s Journey, was inspired by the loss of three of his daughters – Bessan, Mayar, and Aya – to Israeli shelling in 2009. The book has been translated into 16 languages and is a testament to his deeply held belief as a devout Muslim that non-violence is the only path to lasting peace.
Dr. Abuelaish is an Associate Professor at the Dalla Lana School of Public Health at the University of Toronto. He has received many awards for his promotion of human rights and peace, including the Order of Ontario, the Queen Elizabeth II Diamond Jubilee Medal, the Calgary Peace Prize, and the Mahatma Gandhi Peace Award of Canada. He has received honorary degrees from the University of Manitoba, Queens University, and the University of Western Ontario. Dr. Abuelaish is a nominee for the 2013 Nobel Peace Prize for the third consecutive year.