Wardah, who recently landed to Mannhattenville, talks about her experience with DFL scholarship 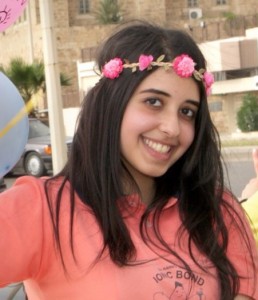 Born in a small village known as Jib Janine in Lebanon, Wardah AlAkrah’s passion to become a doctor derives from her exposure to injured persons, particularly amputees who had lost their limbs in the war, from her father’s work with the Lebanese Welfare Association for the Handicapped. Alakrah is committed to learning about all aspects that contribute to health damage in the Middle East, specifically to its exposure to breast cancer and osteoporosis. According to AlAkrah, the Middle East lacks awareness concerning the sort of foods that negatively affect girls’ hormones at puberty which can be a contributing factor to the aforementioned conditions.

“My passion for medicine and persistence to become a doctor has filled me with the dynamism and motivation to study hard and achieve good grades to become a doctor to prevent and relieve patients’ suffering and help them have a better life,” says AlAkrah.

While AlAkrah certainly had the grades, remaining in the top five students throughout both her middle school and high school years, she was finding it difficult to fund her education. Shorty after being accepted to the pre-med program at Manhattanville College, AlAkrah was relieved to discover the Daughter’s for Life Foundation Scholarship. Following the first round of skype interviews, AlAkrah was pleasantly surprised to find that what was to be the second round involved a video call, with her parents, from the Daughter’s for Life founder informing her that she had been awarded a full scholarship to Manhattanville College.

“What I like about this particular program is that it legitimately cares about world peace in the midst of wars and tension across the globe. It gives girls and women in the Middle East the chance to have a better education despite issues found in their countries.” 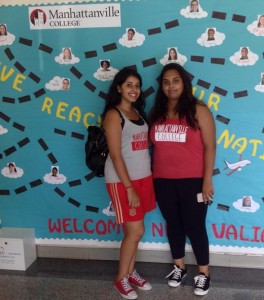 At eighteen, Wardah balances her studies with her housework, including caring for her two younger brothers. As a part of her studies, she was also actively involved in many extracurricular clubs during her high school career including its Model United Nations, where she was awarded a Diplomacy award. She credits this as being her greatest achievement so far. AlAkrah’s interests also include dancing, reading and drawing.

AlAkrah says this scholarship will open the eyes of girls in a similar situation as hers and allow them to see that they too can travel outside their countries, benefit others through their education and fight for their rights like any other individual would. The Daughter’s for Life Foundation is proud to provide a platform to help students like Wardah attain their long term goals.