A Night for Peace and Inspiration!

The Fourth Daughters for Life Gala Dinner 2016…. A Night for Peace and Inspiration!

On Wednesday, May 25th, 2016, The Daughters for Life Foundation (DFL) has held its Fourth Annual Gala at the Carlu. The gala had an excessive success as both a night to celebrate the achievements of a group of inspirational activists and DFL scholars, but also as a phenomenal fundraiser. Thanks to all those who attended, DFL has raised thousands in support of our educational programs to help send young women in the Middle East to achieve the higher level education. 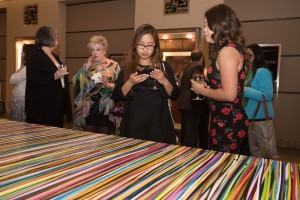 The gala included work of a number of  Canada’s most talented artists like Charles Pachter, Barbara McGivern, and Mike Hammer, whose decorative piece, Chroma, served as a highlight of the cocktail reception along with the talented violin duo of the Royal Conservatory.

Not inconsequentially, the master of ceremonies for the event was Toronto media personality Erin Davis, the host of 98.1’s The Morning Show, who acknowledged during the evening’s festivities that earlier this month was the first anniversary of the sudden passing of her own daughter. Erin Davis started off the night by introducing The Honorable Elizabeth Dowdeswell, Lieutenant Governor, who set the tone of the gala with her moving opening remarks. 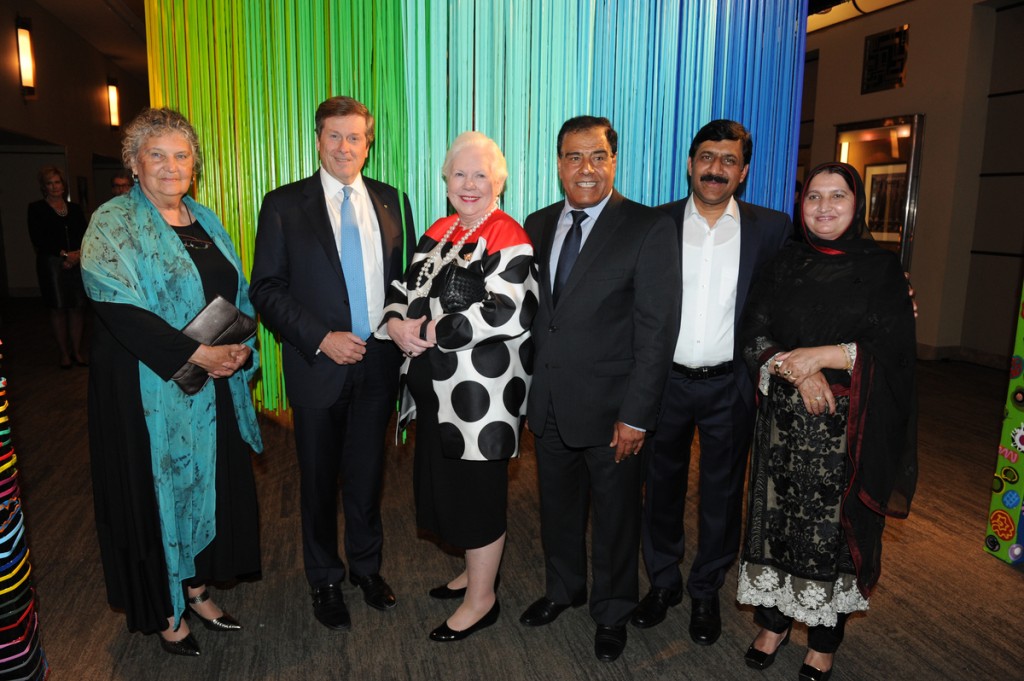 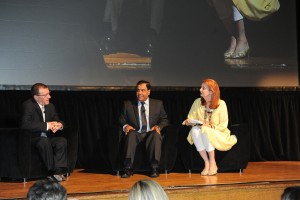 Guests were taken on an emotional and evocative journey during the poignant discussion between journalist ShlomiEldar , who was the first to be called by DFL founder Dr. Abuelaish after the tragic deaths of his daughters and niece, and executive publisher and vice President of Penguin Publishing House, Louise Dennys.

Following a spectacular aerial show by Angola Murdoch and Holly Treddenick from Lookup Theatre and a powerful speech about a partnership between DFL and NCF by Stephen Miles, our 2016 scholar came to the stage. 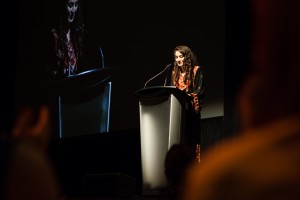 Loureen Sayej graduated through our scholarship this year and spoke about her experience with DFL and how her education has fueled her ambitions. After ILAC spokesmen, Jonathan Kolber delivered his speech, Milena Protich livened up the audience with an invigorating live auction. 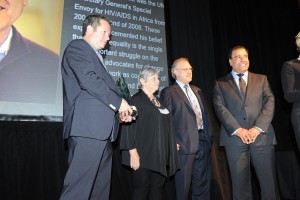 The evening ended with the highlights of the gala, the honoring of this year’s three Luminary awardees. For the first time, a couple, Michele Landsberg and her husband, Stephen Lewis were honored with the Lifetime Achievement Luminary award. Michelle, in her brief address, made one comment that resonated deeply. She said, “Those who have lost the most give back the most.” 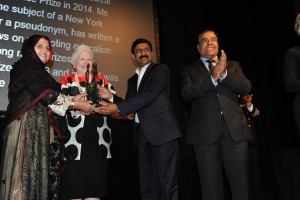 Ziauddin and Tor Pekai Yousafzai, the parents of 2014 Nobel Peace Prize award winner, Malala Yousafzai, accepted an honour on behalf of their daughter. Malala would have attended in person had it not been for her exams, but the world’s supreme campaigner for the education of girls could not skip out of an exam merely to be feted in Toronto.

Malala’s Yousafzai got awarded the Courage and Inspiration Luminary Award which was received by her parents on her behalf while also sending a thank you video of herself to be shown during the awards ceremony. Ziauddin Yousafzai spoke so eloquently, passionately and skilfully. He concluded his remarks by declaring, “the greatest gift to peace in the world was through the education of women”. 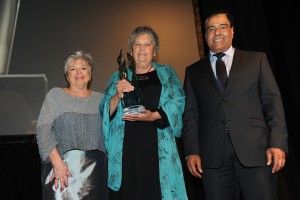 Finally, Maria Campbell was awarded the Trailblazer Luminary award. She was presented her award by Roberta Jamieson, the Canadian lawyer and First Nations activist. Maria has addressed a deep acceptance speech and “Thank you” note. 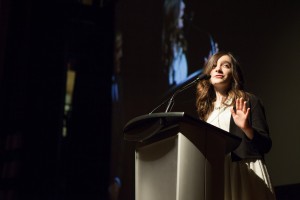 To wrap up a wonderful night, teen social activist Hannah Alper spoke, impassioned, about her experiences as an activist and her role models, like Malala, who inspire her to keep speaking for the voiceless.

Shatha Abuelaish formally ended the gala with gratitude to our sponsors and guests. We celebrated the night with over 390 guests who celebrated our scholars and awardees as well as our vision for peace and gender equality in education in the Middle East and worldwide. 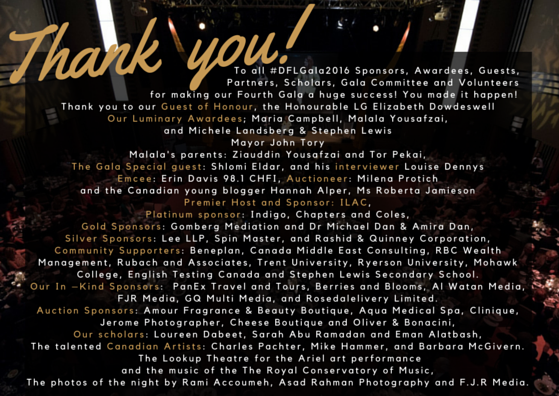