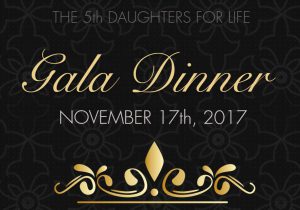 The Daughters for Life Foundation (DFL) is thrilled to announce its 5th Gala Dinner on November 17th. The Daughters for Life Gala Dinner 2017 is dedicated to celebrating and honouring;  it is a time for the international community to come together to celebrate our Scholars and to recognize the work of selected women who have created long-lasting impacts in the global community in their field.

The Daughters for Life Foundation helps ambitious young women from the Middle East achieve their dreams of becoming doctors, writers, and engineers through scholarships at top educational institutions in the world.

As in previous years, respected members of the Canadian Parliament, business leaders, social activists, acclaimed artists, and celebrities will be in attendance to support the vision and work of the foundation. Some of the prominent names associated with the Daughters for Life Gala in the past are The Honourable Elizabeth Dowdeswell, OC, OOnt, Ontario Premier Kathleen Wynne, Toronto Mayor John Tory, global journalist Christiane Amanpour, popular radio personality Erin Davis, and acclaimed CBC News host Suhana Meharchand.

Trailblazers who have been awarded at the Gala in the past are Noble Peace Prize winner Malala Yousafzai, the first lawyer to emerge from the First Nations – Roberta Jamieson, the first female pilot from the UAE – Captain Aysha Al Hamili, Canada’s first female astronaut Roberta Bondar, veteran television journalist Lisa LaFlamme, the first African Canadian woman elected to the Parliament of Canada – The Honourable Jean Augustine, the first Canadian from a visible minority to be appointed Governor General of Canada – Adrienne Clarkson, and influential First Nations author Maria Campbell.

This year, Daughters for Life is welcoming up to fifteen Syrian girls displaced by the war to study in Canada.  These inspiring women will be in attendance at the Gala to share their recent experiences and aspirations.  The highlight of the evening will be the Luminary Awards, presented to individuals who have pioneered change in society and work selflessly to improve the lives of women around the world.

The 2017 Gala is being co-chaired by DFL board member Bogumila Lapinski Anaya and Elke Rubach, two longtime supporters of the foundation. Both bring valuable skills towards the organization of this year’s Gala.

“I believe that studying abroad plays a powerful role in peacebuilding,” says Bogumila Lapinski Anaya, who has worked in international education for the past 15 years as an educator and advocate. “The DFL scholarships at our partner institutions have the potential to transform lives, create hope and eventually change the world for the better.” 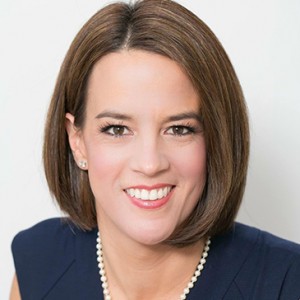 “It is an honour for me to be part of this inspiring initiative that brings hope to young women striving to make a difference in the face of adversity,” says Elke Rubach, who is a lawyer and financial expert who runs her own business. “By supporting the education of competent young women and helping them rise to their full potential, we are laying the foundation for a long-term legacy of empowered female leaders and stronger communities. Thanks to our supporters: past and present; individuals, corporations, and universities, that we are able to offer these bright young women, an opportunity to excel and give back.”