Please meet Farah Qadi and Ni’mati Dmeiry! Both scholars will be studying at the Hebrew University of Jerusalem in the fall.

Farah’s Story: Finding Motivation and Inspiration Despite Being Unsupported 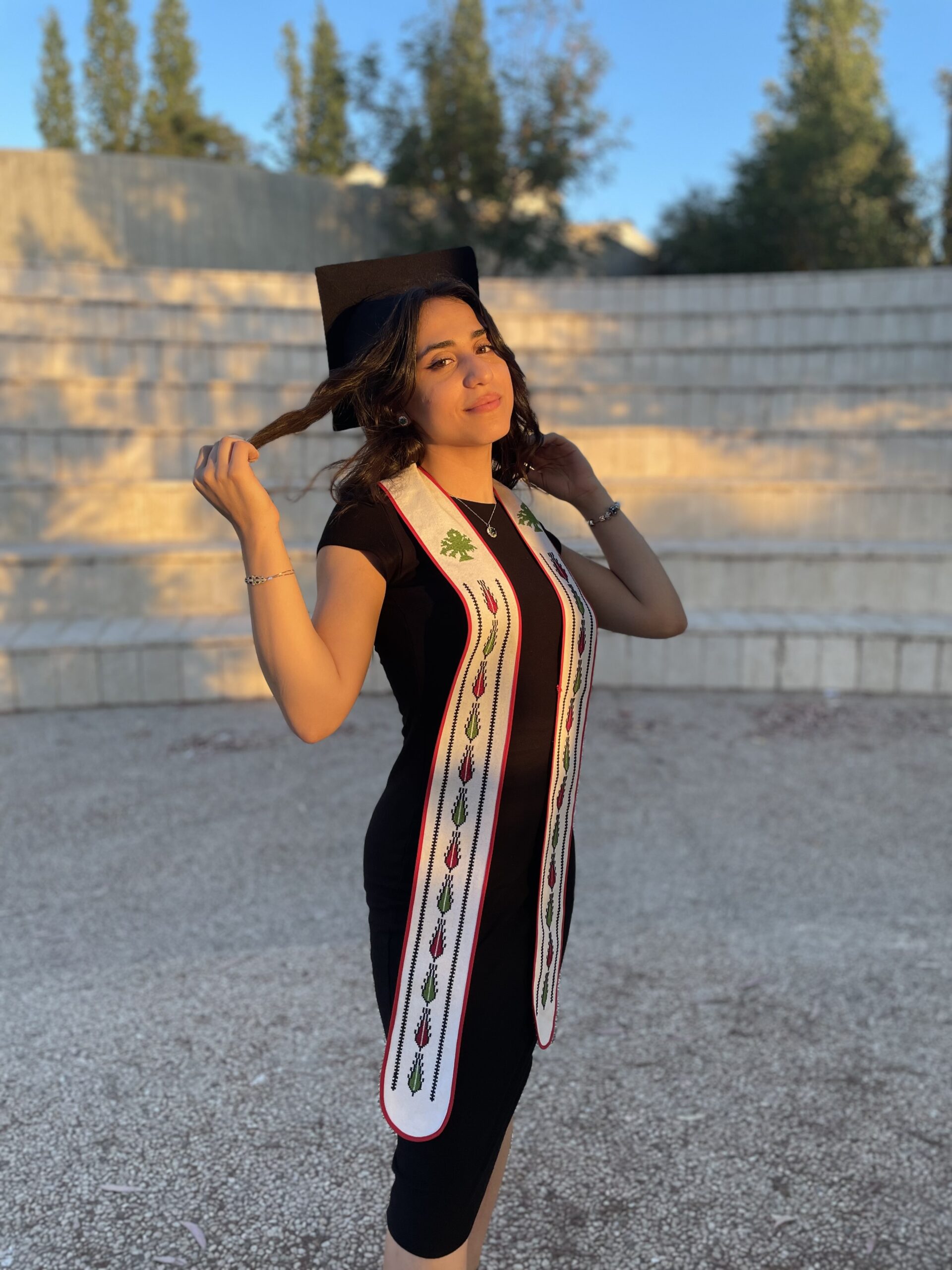 Farah Qadi is originally from Palestine, and she will be pursuing her Masters Degree at the Hebrew University of Jerusalem with the help of DFL. There, she will be studying Nonprofit Leadership and Management in the Nonprofit Sector. Just this month, she graduated from Birzeit University in Palestine after completing her Bachelor’s Degree in English Literature with double minors in Translation and Business Administration.

For Farah, mental health is extremely important. She says that one of her biggest achievements is being able to overcome mental illness, and to have the courage to talk about it. Due to her strength, she wishes to end the stigma and provide mental health support to others who may be struggling. “Almost everyone I know has some sort of mental illness. It’s important to talk about it and end the stigma”.

Prior to the opportunity she was graced with through DFL, Farah faced many other challenges. Specifically, she was always doubted by everyone around her, including her friends and family, who were unable to see her potential. She was told that she was a failure and would never be able to be successful, which affected her self-worth. Despite that, Farah managed to be part of the Honour’s List last semester, and achieve high grades. Thanks to being able to pursue education, Farah has been able to unveil her true strength and potential as a woman.

With all the doubting she faced by those around her, Farah never thought that she could have a bright future. Now, Farah feels much more confident and has dreams and goals, which she never previously had. After she completes her Masters Degree, Farah is considering pursuing a PH.D., and hopes to open her own non profit organization in Palestine to empower Palestinian women. We are so proud of her for overcoming the obstacles she was faced with, and look forward to seeing all she will achieve at the Hebrew University of Jerusalem

Ni’mati’s Story: How One Scholar Hopes to Make a Difference for Women through NGO’s 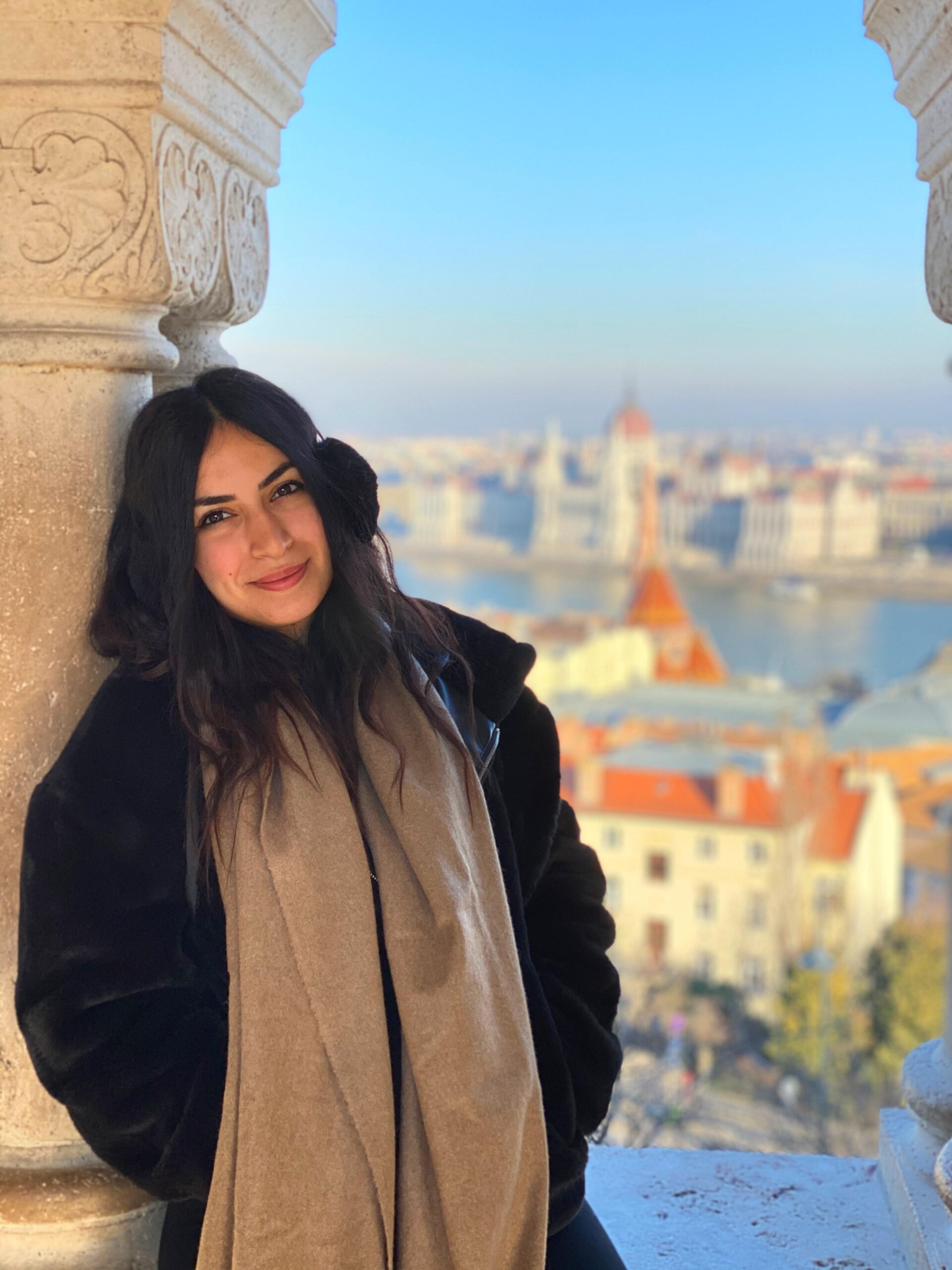 Ni’mati Dmeiry is originally from Jerusalem, and she will be pursuing her Master’s Degree at the Hebrew University of Jerusalem in Fall 2021 with the help of DFL! There, she will be studying Nonprofit Leadership and Management, with the expected graduation date of September 2022.

Prior to her Master’s, Ni’mati completed her BA at Birzeit University, where she studied German with a minor in Business Administration. One of her largest challenges was being able to pay for tuition at Birzeit University, but she persisted and studied a lot in order to be on the Honour List, which allowed her to avoid tuition fees.

Ni’mati is very grateful for the opportunity that DFL has provided for her because being able to pursue a Master’s Degree will prepare her for a diverse range of management positions, which she hopes to get. Ni’mati’s goal is to work as a project manager at an NGO, and particularly one that is German, so she can combine what she studied in her BA with the skills she will learn at the Hebrew University of Jerusalem.

Ni’mati says that her greatest quality is her open-mindedness. “Being open-minded, respectful of all religions and nationalities, is extremely important in today’s world”. She is also very passionate about women’s rights and gender equality. Living in a society where women are not given their basic rights, she hopes to be able to make a difference through an NGO.

Before she starts her Master’s Degree, Ni’mati is doing an internship at the German Parliament, where she hopes to learn more about European values, democracy, and freedom, which she will later apply in Jerusalem