Wardah Alakrah: The Girl Who Dared to Dream One Step Closer To Being A Doctor

Despite the economic repercussions of the Covid-19 pandemic taking a toll on Lebanon, one of our Daughters for Life alumni, Wardah AlAkrah, continues to thrive as she pursues higher education. Wardah graduated from Manhattanville College in 2019 with a bachelor’s degree in biology. With the support of Daughters for Life, Wardah was able to return to her home country Lebanon empowered and motivated to continue her path to success. Now, Wardah is in her home country, Lebanon, working towards her dream of becoming a doctor. From day one, Wardah’s aspired to be a Doctor, and she is currently in her first year of medical school at the Lebanese American University School of Medicine. Although the country is on lockdown, Wardah continues to take courses online and prepare diligently for her exams. Wardah understands the difficult situation her country is facing amidst the pandemic, but she continues to focus on her education because she knows it is the tool towards change.

Wardah’s commitment to Medicine was rooted in her upbringing. As a child, Wardah often accompanied her father to work at the Lebanese Welfare Association for the Handicapped. This opportunity opened Wardah’s eyes to victims of war and accidents, leaving an indelible mark on her. At that young age, Wardah felt a strong urge to help alleviate their suffering. This experience established Wardah’s yearning to become a doctor. She explains that her constant interaction with them helped her grow a sense of empathy, solidifying her interest in Medicine. However, Wardah’s main drive is her grandfather, who, despite his serious illness, was her number one supporter all her life. Sadly, he passed away this October, but his memory continues to live in Wardah’s hard work. She believes that becoming a doctor is a fulfillment of a promise she made to him to always aspire towards excellence.

When she was a DFL scholar, Wardahh proved to be an active student. Alongside her studies, Wardah was an active member of the Beta Beta Beta National Biology Honor Society, and as well as the American Chemical Society. Wardah served as a Student Instruction leader, hosting review sessions for her peers who seek help in certain subjects. Wardah also worked as a Chemistry Lab Assistant, helping prepare lab tests to be conducted later. Also, Wardah attended the Women’s Leadership Conference at Pace University on March 24th, 2017, and received got awarded the Biology Department Sophomore Award!

As expected, Wardah continues to engage productively in her school community. During the summer, Wardah cooperated with Duke University student volunteer in teaching Math to Grade ten Palestinian refugee students in preparation for the SAT’s. In her four years at Manhattanville, College Wardah joined many clubs and was the board member of a few. She gained a lot of awards and recognition, which is helping her now at Medical school. She is the social committee board member of the Medical Students Association (MSA) on campus and a member of the Lebanese Medical Students International Committee (LeMSIC). Wardah is still committed to improving her community as she helped organize a Christmas fundraising event; the funds raised were donated to LAUMC Rizk Hospital to be allocated for COVID-19. Unfortunately, Wardah had to cancel her exceptional plans to participate in an exchange clerkship at a hospital in Malta this summer because of the coronavirus outbreak. Nonetheless, we are incredibly proud of her accomplishments.

Wardah has always been very conscious about the difficulty of the situation in Lebanon; however, this has not stopped her from working hard to finish her first year of medical school. As a Daughters for Life Alumni, Wardah has chosen to face this difficult time with persistence and commitment towards her education. “I consider Daughters for Life as my savior from all the ignorance and pressure I received with regards to achieving my goal of proper education, one of the main reasons why I applied to this program was how it cares about peace in the world amid wars and tension in our globe and how it gives girls and women in the Middle East the chance to have a better education,” says Wardah. Her years as a DFL scholar have helped grow into a strong and independent young scholar. We are very proud of everything she has achieved and will continue to support her endeavors.

To the girls in the Middle East who now look up to her, Wardah says, “I want to tell them that education has no limits. It is an open gateway for whoever wants to pass through. Your gender or some oblivious social perspectives shouldn’t stop you from fulfilling your dream in whatever career you choose to pursue.” 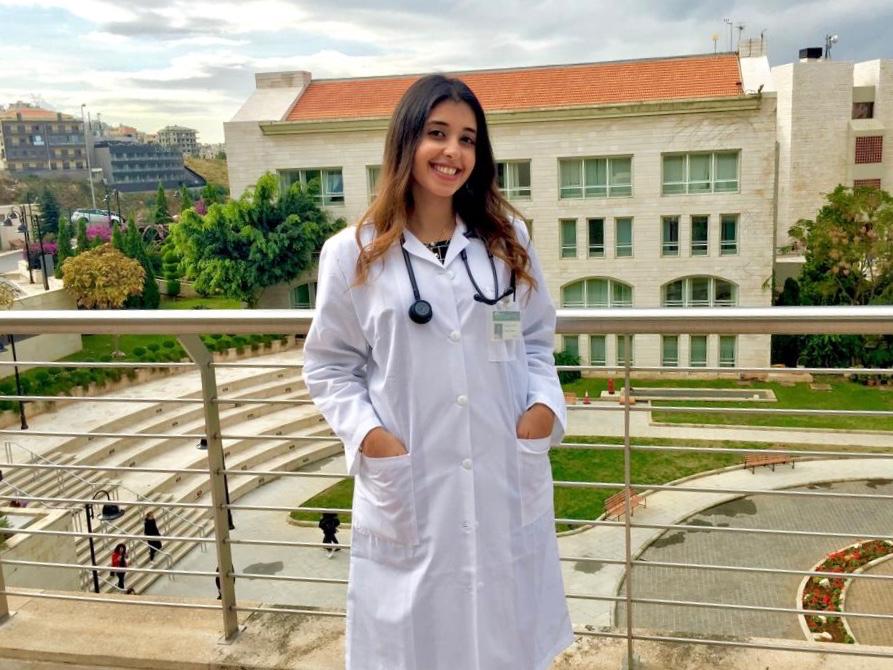